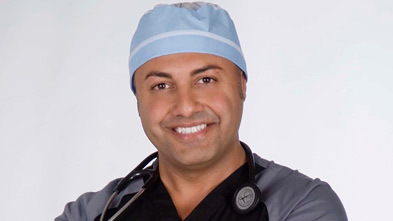 DECEMBER 2019, GREENBELT, MD: Center for Vein Restoration (CVR) is proud to announce the addition of Armin Foghi, MD, PhD to its expanding and esteemed roster of physicians treating venous disease throughout the country. His practices in Rio Rancho and Roswell are Center for Vein Restoration’s first locations in New Mexico. He has been an active educator and lecturer on cardiology in various residency training and physician assistant programs. In 2010, he founded the Myo Vein Clinic and became a member of the American Venous and Lymphatic Society.

After earning a Bachelor of Science in Human Biology at the Human Physiology Specialist program from the University of Toronto, Canada, Dr. Foghi pursued his PhD in cellular molecular biology/functional morphology and Apoptosis from the Banting and Best department of medical research, University of Toronto, Canada and Faculty of Medicine, Utrecht University, Utrecht, The Netherlands. He then went on to complete an MD at the Ross University School of Medicine in Dominica, WI. During his studies, he earned numerous honors, awards, and grants for his research, and had his works widely published.

In 2005 and 2008, he completed an Internal Medicine and Cardiology Fellowship (respectively), and then founded the Myo Cardiovascular Center in Roswell, NM. Since then, he has been not only the Medical Director of multiple New Mexico-based clinics, but also a respected professor and lecturer throughout the state.

Dr. Sanjiv Lakhanpal, CEO; Dr. Khanh Q. Nguyen, Chief Medical Officer; Ken Abod, CFO; and Neil Collier, Chief Operating Officer, at CVR are all pleased to welcome Dr. Foghi to the company. “Having Dr. Foghi join us again elevates the level of clinical expertise and respect that Center for Vein commands within the field,” added Dr. Lakhanpal. “We are honored to have him on the team.”

"It's empowering to join a team that is so understanding of the relationship between physician well-being and providing high-quality patient care," noted Dr. Foghi. "As our field matures it is the research, fellowships and other initiatives led by CVR that will enable us to continue doing right by patients and physicians alike, and I'm very proud to be expanding the organization's footprint in New Mexico."

Not only is Dr. Foghi well-respected in the medical research community, but also his patients rate him highly, describing him as “extremely efficient,” “personable,” and “knowledgeable.” Of his practice, Dr. Foghi says, “Our patients receive compassionate and comprehensive care for cardiac and vascular health problems consistent with the highest standards.”

Center for Vein Restoration (CVR) is the largest physician-led practice treating vein disease in the country. Having performed its first procedure in 2007 under President and CEO Dr. Sanjiv Lakhanpal, Center for Vein Restoration has since become nationally recognized as the clinical leader in treating chronic venous insufficiency. With 80 centers and growing, CVR has over 500 employees and conducts over 150,000 patient interactions annually. To learn more about CVR and its mission, visit http://www.centerforvein.com or by phone at 1-800-FIX-LEGS.