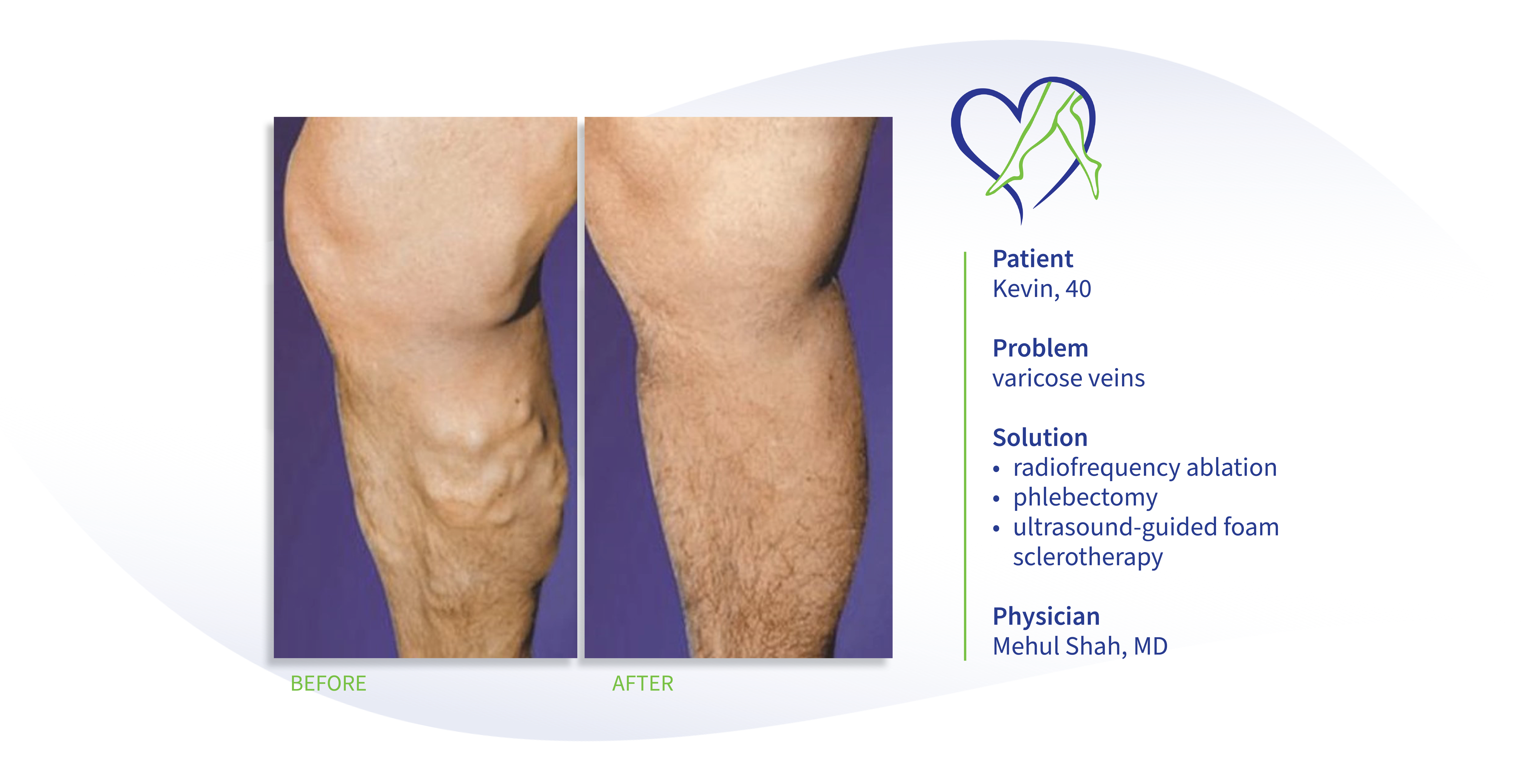 Kevin D. is in his early 40s and was born with Klippel-Trenaunay syndrome, a rare congenital disorder characterized by venous abnormalities, among other symptoms. He has been a patient of Mehul Shah, MD, FSVM, at the King of Prussia, Pennsylvania location of Center for Vein Restoration for more than eight years.

The patient reports that “I had gone to a number of doctors, and everyone said I couldn’t do anything about it”

Kevin says his quality of life has improved greatly. The discomfort has subsided, and he no longer worries about the aesthetic concerns that dogged him for too long. Whereas he used to be self-conscious about wearing shorts or otherwise exposing his affected leg, he says Dr. Shah’s treatment has made it so “you can’t really tell that I have a problem.”

“In addition to varicose veins, I’ve had a constant aching and heaviness in my right leg, but Dr. Shah has done a few procedures that have helped me feel better. He makes each procedure as painless as possible. Now I’m back to see him every six months or so.”

Dr. Shah is a member of the Society for Vascular Medicine, a professional society dedicated to integrating vascular biological advances into medical practice and maintaining the highest standards of clinical vascular medicine.

Dr. Shah is the lead physician at Center for Vein Restoration, King of Prussia, PA.