A Vein Physician is First a Well-Rounded Doctor 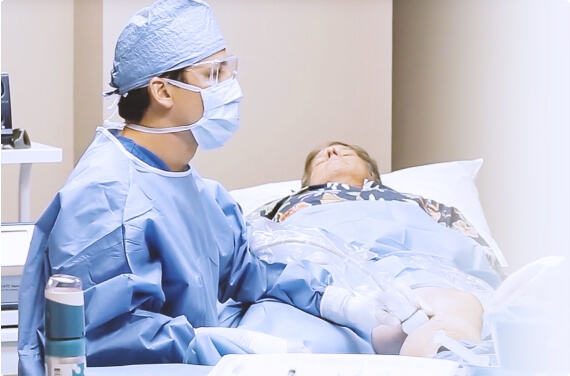 By Fernando F. Illescas, MD CM, Diplomate of ABR, FRCP(C). He is the lead physician at the Bloomfield, CT, and Enfield, CT, locations of Center for Vein Restoration.

It is said that the specialist knows more and more about less than less and finally knows everything about nothing.

As a vein specialist physician, I have seen the care of vein disease expand exponentially over the last 18 years. The care of symptomatic varicose veins progressed from surgery (stripping and ligation) under general anesthesia to outpatient thermal (heat) closure of the superficial veins and currently to the use of a medical adhesive to shut down the abnormal veins. Along with this advancement in medical technology comes the need to advance one’s own knowledge into more and more specialized fields.

When a Patient Seeks the Care of a Vein Expert

My practice is expected to diagnose and treat venous disease. A patient, however, does not come with a sign around their necks indicating that their right great saphenous vein is dilated and shows reflux. These words describe a medical indication for insurance approved treatment, not what the patient is experiencing. No, the patient presents with pain, swelling, heaviness, and achiness. We assume that other causes of these symptoms have been investigated and excluded by their referring providers. But should we make that assumption?

I report here four cases of patients who would have been ill-served if my practice only answered the question of whether venous disease was present or not.

Case one: Middle-aged male with swelling and pain of the right calf. Three previous leg ultrasounds were negative for deep venous thrombosis. These exams were performed at facilities with well-established reputations for excellent care. The frustrated medical provider sent the patient to my practice for reevaluation.

It is standard that in my practice that I speak to and examine every patient. During my evaluation, I noticed bruising around the inside of the right ankle. The leg was swollen and tense. Although the deep venous system showed no deep vein thrombosis (DVT), the ultrasound demonstrated a complex fluid collection in the gastrocnemius muscle of the calf. On more direct questioning, the patient confirmed for me that he was taking Coumadin, a blood thinner. The cause of the swelling of the calf became evident. A bleed had occurred in the gastrocnemius muscle due to the anticoagulation resulting in a tense, painful, and swollen right leg.

Case 2: 70-year-old anxious woman with a history of multiple sclerosis and previous thermal ablation procedures of the great saphenous vein of the right leg. The patient called urgently on a Friday afternoon, reporting pain and acute swelling of the right foot and ankle. She was petrified at the possibility of a DVT. Over the weekend, I received several anxious phone calls.

On Monday, an ultrasound of the leg showed moderate swelling of the foot but no DVT.

Detailed and persistent inquiry over five to 10 minutes eventually revealed that the showerhead in her bathroom had fallen on her foot the previous week. The patient had completely dismissed the event. An X-ray of the foot and ankle revealed a fracture of the base of the fifth metatarsal resulting in the acute swelling and pain. She was greatly relieved with the news and was then referred to an orthopedic doctor.

Case 3: 42-year-old male with multiple successful venous ablation treatments of the right leg. Six months from the last encounter, he presented with marked tissue swelling of the right calf and difficulty walking. The ultrasound exam was negative for DVT, and there was no evidence of residual venous insufficiency. Only when the patient was turned facedown, and the back of the calf examined was the cause for his pain evident. The ultrasound demonstrated a ruptured popliteal cyst with extension of synovial fluid down the calf between the gastrocnemius muscle heads. Symptomatic care was given, and he was referred back to his primary physician.

Case 4: 76-year-old female with a six-month history of swollen left ankle and foot. A complete venous investigation, including evaluation of the superficial and deep venous system, was negative. On detailed inquiry, she shared that she had fallen off a ladder six months previously. She was hospitalized, had multiple examinations, including negative head scans and was eventually discharged. No imaging of the left foot had been performed. Immediate referral for X-rays demonstrated a displaced healing intraarticular fracture of a bone in her foot. On receiving the news, her referring doctor was somewhat embarrassed but immensely grateful for my practice going the extra distance to care for his patient.

Seeing the Patient as a Whole Person

In all four of these cases, I fulfilled my venous disease specialty role by ruling out deep venous thrombosis or superficial venous insufficiency. But had I stopped there, I would not have fulfilled my role as a doctor. Only by seeing the patient with a holistic view – not as one with possible venous disease but as a patient with a medical problem – can I truly fulfill my Hippocratic Oath. Part of this sacred oath reads: “I will remember that I do not treat a fever chart or a cancerous growth, but a sick human being”.

I love the intellectual and technical aspects of being an accomplished vein disease specialist. However, I am most proud of remaining an all-around doctor.