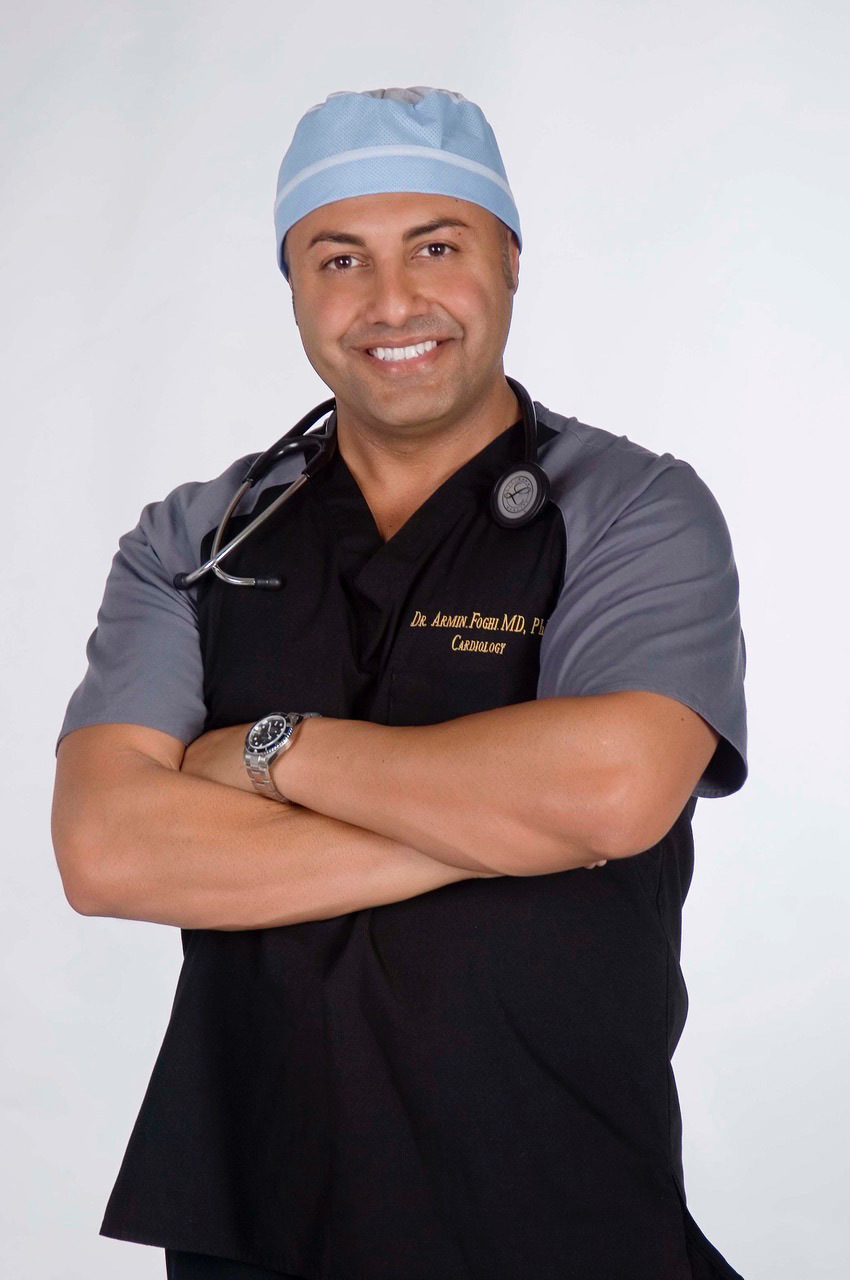 Get to Know Dr. Foghi

Armin Foghi, MD, PhD was the previous medical director of the cardiovascular division at Eastern New Mexico Medical Center and the founder of Myo Cardiovascular Center at Eastern New Mexico. He is involved in state-of-the-art molecular cardiology research at UNM and holds a PhD in the fields of molecular cell biology and biochemistry. He has been an active educator and lecturer on cardiology in various residency training and physician assistant programs. In 2010, he founded the Myo Vein Clinic and became a member of the American Venous and Lymphatic Society. In 2019, he chose to partner his Roswell and Rio Rancho-based vein practices with the Center for Vein Restoration.

After earning a Bachelor of Science in Human Biology at the Human Physiology Specialist program from the University of Toronto, Canada, Dr. Foghi pursued his PhD in cellular molecular biology/functional morphology and Apoptosis from the Banting and Best department of medical research, University of Toronto, Canada and Faculty of Medicine, Utrecht University, Utrecht, The Netherlands. He then went on to complete an MD at the Ross University School of Medicine in Dominica, WI. During his studies, he earned numerous honors, awards, and grants for his research, and had his works widely published.

In 2005 and 2008, he completed an Internal Medicine and Cardiology Fellowship (respectively), and then founded the Myo Cardiovascular Center in Roswell, NM. Since then, he has been not only the Medical Director of multiple New Mexico-based clinics, but also a respected professor and lecturer throughout the state.

Today, Dr. Foghi is affiliated with the Lovelace Hospital, University of New Mexico, and Presbyterian Hospital in Albuquerque, NM. Besides leading the successful Myo Vein Clinic, he also has been directing the Myo Cardiovascular Clinic and Myo Cosmedic Institute since 2010.

Not only is Dr. Foghi well-respected in the medical research community, but also his patients rate him highly, describing him as “extremely efficient,” “personable,” and “knowledgeable.”

Of his practice, Dr. Foghi says, “Our patients receive compassionate and comprehensive care for cardiac and vascular health problems consistent with the highest standards.”