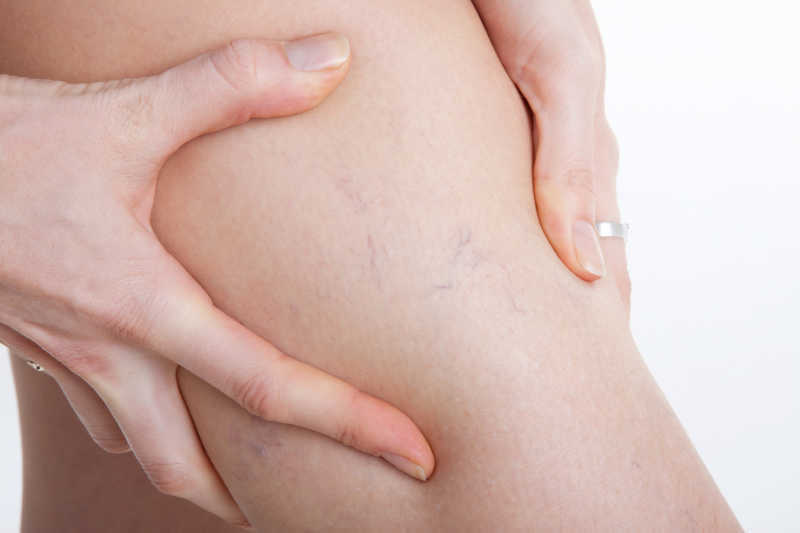 You don’t need to struggle with chronic venous insufficiency. Symptoms can be managed if you spot them early and seek appropriate treatment.

Chronic venous insufficiency (or CVI) is the most common vascular condition in the United States. A product of malfunctioning venous valves, it causes blood to gather in the veins, placing greater pressure on them. It most often affects the lower legs, but it can occur in any vein in the body.

As its name suggests, CVI is a chronic disorder that requires active treatment. Fortunately, a number of effective remedies are easily available, from basic lifestyle adjustments to minimally invasive procedures designed to eliminate the problem altogether. Recognizing your symptoms as early as possible will help you take your first steps on the road to recovery.

CVR usually results in a consistent set of symptoms. The most common include:

Pain or discomfort in the affected vein

A sense of heaviness in the affected extremity

Redness or discoloration in the skin

CVI can affect anybody, but it’s most often seen in those who are overweight, pregnant or who have a family history of CVI. Other established risk factors include:

Treatments for CVI can vary somewhat from patient to patient, but they’re generally designed to minimize swelling and normalize circulation in the affected vein.

Many patients with CVI respond quite well to some simple lifestyle changes. By elevating the legs as often as possible, most patients can significantly reduce swelling and promote circulation in the legs. Wearing compression garments and frequently exercising can have similar effects.

Other patients with CVI benefit more from a minimally invasive procedure such as sclerotherapy or a vein ablation. During sclerotherapy, a vein specialist will inject a solution (the sclerosant) into the affected vein that causes it to collapse, forcing your body to reabsorb the destroyed vein and reroute circulation through another vein.

Similarly, a vein ablation relies on heat to cauterize a vein or eliminate the endothelial tissue that lines it. As minimally invasive procedures, sclerotherapy and ablations have few complications, resulting in minimal pain and scarring. Most patients report a significantly greater quality of life after undergoing these procedures.

CVI doesn’t need to be debilitating. If you’re struggling, a qualified vein specialist at the Center for Vein Restoration can formally diagnose your condition, clarify your options, and develop an appropriate course of treatment for you that provides lasting relief from your symptoms. Schedule an appointment with us today.