A Brief History of Phlebology and Vein Health 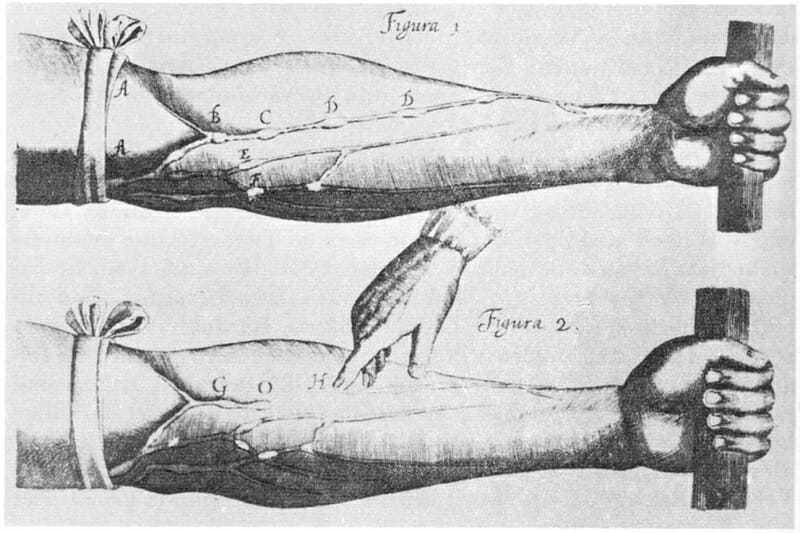 Modern phlebologists employ incredibly advanced technologies to deliver minimally invasive, cost-effective treatments for patients — here’s a glimpse into the long and storied history of vein medicine, and how we got to where we are today.

There’s no shortage of research on the circulatory system today. Thanks to the tireless efforts of scholars and doctors over the centuries, we understand the function and purpose of veins better than any prior generation, and the coming years should only shed further light on them. In honor of the brilliant minds who paved the way for today’s breakthroughs, let’s quickly explore the history of the study of the circulatory system.

In the beginning, there was Galen. In the first century AD, the celebrated Greek physician articulated some of the most influential theories concerning the circulatory system. He noted that veins, arteries, and nerves were all intermingling facets of the body, calling the aorta “a trunk divided into many branches and twigs.” Nevertheless, he mistakenly regarded the venous and arterial systems as separate entities rather than a single network, since he noticed that different types of blood were contained within the veins and arteries respectively.

Unlike much later physicians, who realized that blood continuously circulates throughout the body, Galen believed that blood is created in the heart and liver and then consumed entirely by the body. He argued that venous blood provided the body with growth and energy while arterial blood gave vitality, and erroneously thought that arterial blood was made by venous blood passing through a pore in the heart’s septum.

Galen’s ideas went largely unchallenged for well over a thousand years, with theorists largely echoing or repeating him without question into the late Middle Ages. The 12th-century anatomist Master Nicolaus of Salerno, for example, felt that arteries come from the heart and veins from the liver, supporting Galen’s idea that the two are separate. Similarly, Maimonides stated that veins contain “natural spirits” while arteries have “animal spirits.”

The Galenic theory of separate systems was generally not questioned in full up until the 16th century. In the meantime, some thinkers departed significantly from Galen’s ideas. A century after Maimonides, the Arabian physician Ibn al-Nafis correctly charted the process of pulmonary circulation and speculated that small blood vessels enable blood to travel from the pulmonary vein to the pulmonary arteries, centuries before the capillary system was discovered. Several hundred years later, Leonardo da Vinci posited that all veins and arteries come from the heart.

Modern circulatory theory largely originates with the English physician William Harvey. After years of close study and dissections of multiple species, Harvey published On the Circulation of the Blood in 1628, in which he argued that the heart constantly beats to continuously pump blood in one direction throughout the body, and that this is accomplished through a single interconnected system of arteries and veins.

A student of anatomist and surgeon Hieronymus Fabricius, who initially established that veins have valves, Harvey provided a comprehensive and fairly accurate account of the circulatory system, though his work has some shortcomings. While he found that veins and arteries were connected and determined how the heart and lungs interact with them, he did fail to see that capillaries connects the veins and arteries. Nevertheless, he provided the foundation for modern circulatory theory and paved the way for one of the first blood transfusions just a few decades later.

Today, thanks to great minds like Harvey and many others, we have a far more comprehensive knowledge of the circulatory system. With this comes a wealth of medical technology such as vein ablations and sclerotherapy that can be used to effectively treat venous disorders such as varicose veins. If you’re searching for a solution to varicose veins and other forms of chronic venous insufficiency, or simply want to learn more about how your veins function, schedule an appointment with a vein specialist today.