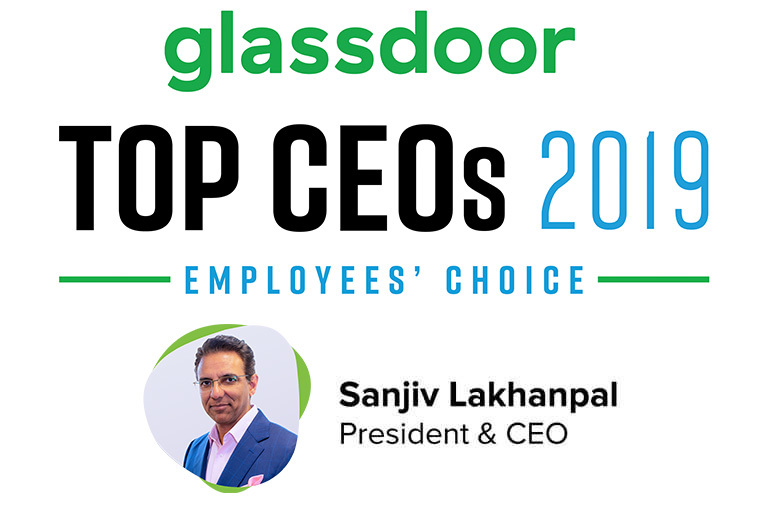 On June 19, 2019, Sanjiv Lakhanpal, MD was been named a Top CEO, U.S. SMB by Glassdoor thanks to the reviews of Center for Vein Restoration (CVR) employees throughout the company. Glassdoor, one of the world’s largest job and recruiting sites, released its annual award highlighting the Top CEOs in several countries throughout North America and Europe. Dr. Lakhanpal was rated ninth out of 50 CEOs in the small and medium company category—placing first in healthcare CEOs and in Maryland/ Washington DC Metro area CEOs in the size category.

Among chief executives recognized by employees of small and medium sized businesses in the U.S., Dr. Lakhanpal received an impressive approval rating of 98% based on the 133 anonymous and voluntary reviews CVR employees shared on Glassdoor throughout the past year. Among the approximately 900,000 companies reviewed on Glassdoor, the average CEO approval rating is 69 percent.

This 98% approval rating was achieved during a time of great growth for the company. In the last year, CVR has opened nine new locations in five states and expanded it’s workforce by over 100 employees.

“It is wonderful to be recognized by Glassdoor; but, the true honor is the admiration and kind words of everyone here at CVR,” remarked Dr. Lakhanpal. “I am proud to serve as a leader, and to have been able to see the company through so much growth and change.”

In CVR’s employee reviews, Dr. Lakhanpal is frequently complimented for his “humble leadership,” “willingness to listen,” and “appreciation of employees.”

CEO approval ratings are gathered through Glassdoor’s online company review survey, which gathers current and former employee sentiment about job and company satisfaction, the work environment and the culture. Employees are asked to rate a number of workplace factors like compensation and benefits as well as work-life balance, and asked whether they approve, disapprove or are neutral about the job their CEO is doing. In addition, employees are asked to describe some of the upsides and downsides of working for the company and provide any advice for senior management.

Check out the complete list of the Employees’ Choice Award for the Top CEOs in 2019 on the U.S. SMB list here: https://www.glassdoor.com/Award/Top-CEOs-at-SMBs-LST_KQ0,16.htm