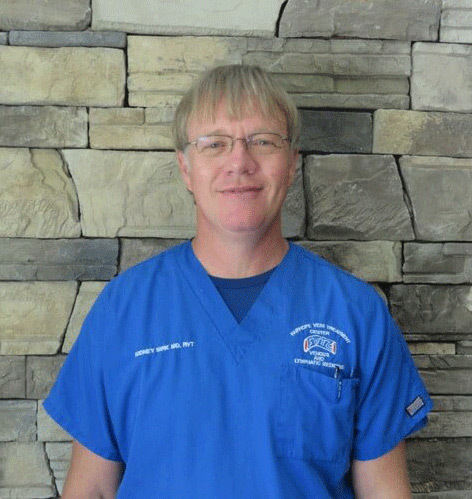 SEPTEMBER 12, 2019, GREENBELT, MD: Center for Vein Restoration (CVR) is proud to announce the addition of Rodney A. Sirk, MD, RVT, RPhS to its expanding and esteemed roster of physicians treating venous disease throughout the country. His practice in Fairhope will be the third CVR location in Alabama alongside Dr. Kenneth Todd’s Dothan practice and Dr. Michael Aikens’ practice in Opelika. Dr. Rodney Sirk comes to CVR after a 20-year medical career, dedicated primarily to Phlebology. He has operated Fairhope Vein Treatment Center LLC, an independent vein practice, since 2014.

Dr. Sirk joined the US Air Force after high school where he spent seven years as an enlisted Airman and served as an Aeromedical Evacuation Specialist in Operation Desert Storm. After receiving an honorable discharge in 1991, he entered the Marshall University’s School of Medicine in Huntington. Dr. Sirk graduated in 1995 and completed his residency in Family Medicine at Marshall University in 1998.

In the first decade of his career, Dr. Sirk focused on general medicine (inpatient, ICU, and outpatient). After completing additional training in Birmingham, Alabama, he transitioned to focus entirely on Phlebology in 2010. Dr. Sirk is a Diplomate of the American Board of Venous and Lymphatic Medicine, and a member of the American Vein and Lymphatic Society and the American Venous Forum. He also specializes in ultrasound imaging as a Registered Vascular Technician and a Registered Phlebology Sonographer.

Dr. Sanjiv Lakhanpal, CEO; Dr. Khanh Q. Nguyen, Chief Medical Officer; Ken Abod, CFO; and Neil Collier, Chief Operating Officer, at CVR are all pleased to welcome Dr. Sirk to the company. “At CVR we focus exclusively on treating venous insufficiency, so we are proud to have a dedicated Phlebologist like Dr. Sirk join our team,” added Dr. Lakhanpal.

Center for Vein Restoration (CVR) is the largest physician-led practice treating vein disease in the country. Having performed its first procedure in 2007 under President and CEO Dr. Sanjiv Lakhanpal, Center for Vein Restoration has since become nationally recognized as the clinical leader in treating chronic venous insufficiency. With 75 centers and growing, CVR has nearly 500 employees and conducts over 100,000 patient interactions annually. To learn more about CVR and its mission, visit www.centerforvein.com or by phone at 1-800-FIX-LEGS.