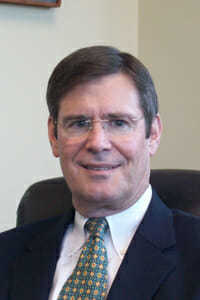 JULY 10, 2019, GREENBELT, MD: Center for Vein Restoration (CVR) is proud to partner with R. Anthony Carabasi III, MD, FACS, as he joins its expanding and esteemed roster of physicians treating venous insufficiency throughout the country. His practice in Wayne will be CVR’s fourth in Pennsylvania alongside locations in Horsham, Bensalem and King of Prussia. Dr. Carabasi has been frequently noted as a “Top Doc,” earning the designation from either Philadelphia Magazine or Castle Connelly Medical every year since 1994. He is a peer-elected member of the “Best Doctors” network.

For over 20 years, Dr. Carabasi practiced at the prestigious Thomas Jefferson University Hospital and Medical school in Philadelphia, serving as Chief of Vascular Surgery for 16 years before opening his own private practice. Having been treating varicose and spider veins for over 30 years, Dr. Carabasi has been recognized by his peers as one of the leading specialists in his field.

Dr. Carabasi has seen vein treatments transform over the course of his career from invasive surgeries to innovative, out-patient procedures. “I’ve successfully treated patients from ages 15 to 85. The use of noninvasive vein treatments has been one of the most rewarding developments of my career as a vascular surgeon.”

As the clinical leaders in treating vein disease, the Center for Vein Restoration is proud to offer patients throughout the country a variety of advanced, noninvasive treatment options. “Dr. Carabasi is an expert in the field. His contributions will allow CVR to continue moving toward our vision of ‘continuously redefining the care of patients with venous disorders,’” said Dr. Sanjiv Lakhanpal, President & CEO.

Center for Vein Restoration (CVR) is the largest physician-led practice treating vein disease in the country. Having performed its first procedure in 2007 under President and CEO Dr. Sanjiv Lakhanpal, Center for Vein Restoration has since become nationally recognized as the clinical leader in treating chronic venous insufficiency. With 75 centers and growing, CVR has nearly 500 employees and conducts over 100,000 patient interactions annually. To learn more about CVR and its mission, visit www.centerforvein.com or by phone at 1-800-FIX-LEGS.