The Connection Between Restless Legs Syndrome and Venous Insufficiency 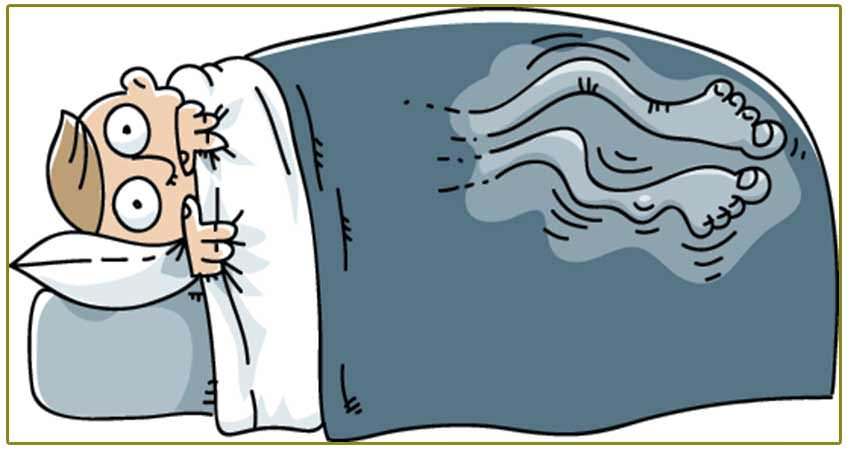 Restless legs syndrome (RLS)– also called Willis EskboM Disease – was first described by Chinese physicians in 1529, and 1763 by French physicians. The condition was first suggested to be associated with venous insufficiency by Dr. Karl A. Ekbom in 1944. RLS is characterized by unpleasant or painful sensations (dysesthesias or paresthesias) in the legs and an urge to move the legs. Symptoms occur when the patient is relaxing, inactive or at rest, and can increase in severity during the night or latter part of the patient’s wake period. Moving the legs reduces and may relieve the discomfort. The discomfort and constant need to move the legs disturbs sleep and can lead to impairment of function in daily life.

RLS may have genetic causes, and has been associated with low iron storage in the brain as well as diminished dopamine in the basal ganglia (the brain area also associated with Parkinson’s disease). RLS is associated with Parkinson’s disease, diabetes, renal insufficiency, iron deficiency anemia, peripheral neuropathy, and multiple sclerosis. The focus of this article is the association between RLS and venous insufficiency. RLS occurring secondarily from a chronic disease can often be improved or cured by adequately treating the associated condition. For instance, restless legs syndrome caused by iron deficiency anemia can be treated by normalizing iron levels. This relationship has been established so strongly that some medical insurers require that a ferritin level be drawn on any patient before initiating another treatment for RLS.

Treatment for RLS depends upon the cause. If a primary condition is responsible, then optimizing treatment for the associated condition may help the symptoms. Frequently, however, no clearly associated condition is known and the RLS is “idiopathic,” or treatment of the underlying condition does not adequately resolve the symptoms. In these cases treatment is directed to the proximate known cause, which is a decrease in dopamine in areas of the basal ganglia. Anti-Parkinsonian medications such as carbidopa-levodopa, pergolide, bromocriptine,and ropinirole will often ease the symptoms.

The Association of RLS with Venous Insufficiency

Those who treat varicose veins have long heard from their patients’ descriptions of throbbing, buzzing, creepy-crawly pains in the lower extremities – symptoms that sound very similar to those of RLS. Restless legs syndrome has long been accepted as a symptom of venous insufficiency by phlebologists. It was McDonagh, et al., in 2007 who published the paper, “Restless legs syndrome in patients with chronic venous disorders: an untold story.” This case- control study found a significant difference (at p < 0.05) between the cases (36% prevalence of RLS) and controls (19% prevalence). The clinical difference found between the two groups was a higher prevalence of cramping symptoms in the group with both RLS and venous insufficiency when compared to the control group that had RLS without venous insufficiency.

The association begs the question as to whether treatment of venous insufficiency (VI) in those who have both RLS and VI, will improve both conditions. In 2008, Clint Hayes and John Kingsley, et al. published their ground-breaking paper “The effect of endovenous laser ablation on restless legs syndrome,” in the journal Phlebology. This cohort study took patients with ultrasound- proven venous insufficiency and RLS (by NIH criteria) and separated them into operative and non-operative cohorts. The operative cohort received endovenous laser ablation and sclerotherapy. The results: correcting the SVI decreased the mean IRLS score 80%. Also, 89% of patients had a decrease in their score of > or =15 points. Fifty-three percent indicated their symptoms “had been largely alleviated” and 31% reported complete relief of their RLS symptoms. Hayes et al. concluded that patients with diagnosed RLS should be sent for ultrasound evaluation for venous insufficiency prior to drug therapy being initiated or continued.