What’s the Difference between Radiofrequency and Laser Ablation? 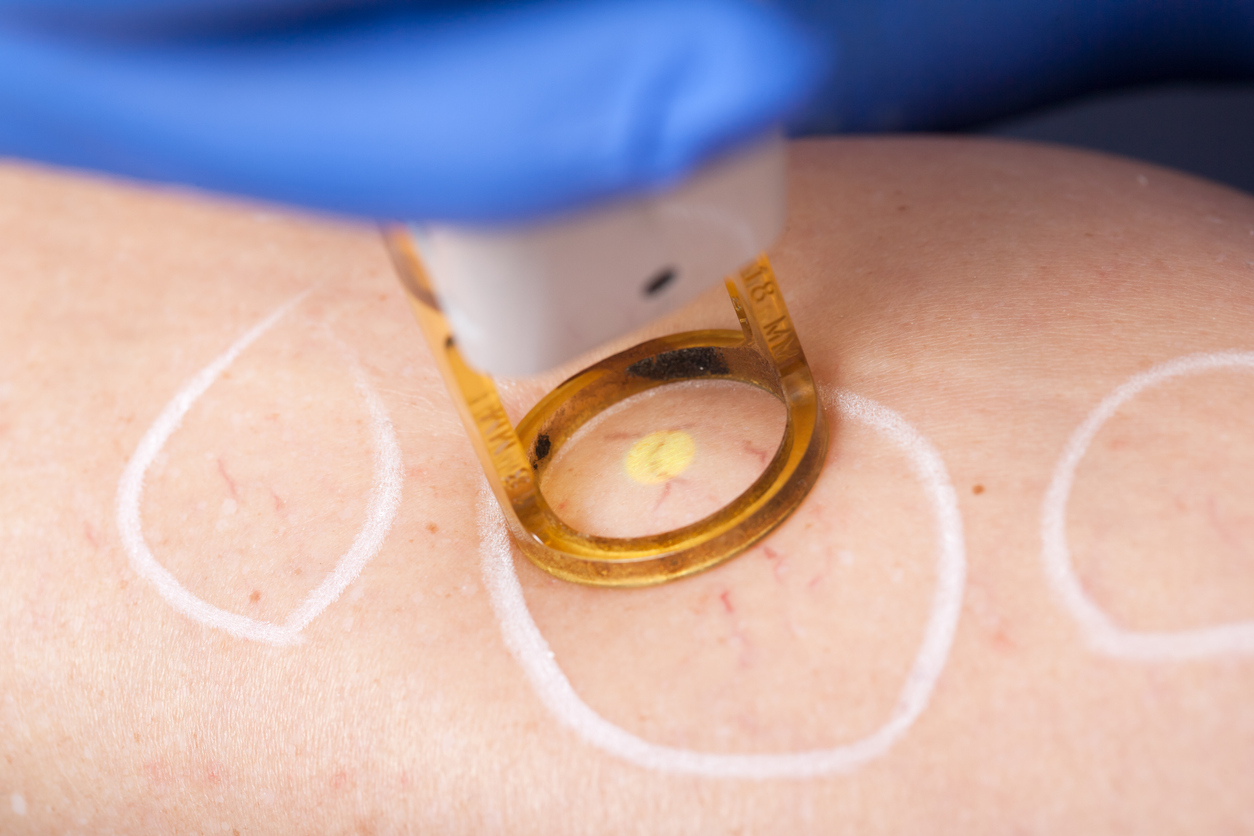 Both radiofrequency and laser ablation are effective treatments for varicose veins. Find out which one is right for you.

Radiofrequency and laser ablation are two quick, relatively painless options for treating varicose veins and venous insufficiency. These methods use an energy source — radio waves or lasers — to heat the damaged vein, causing it to seal itself. Each takes approximately 30 minutes to one hour to perform, with patients walking out of the office shortly afterwards.

Radiofrequency and laser ablation are alternatives to traditional vein stripping or ligation methods, with a faster recovery time and similar cosmetic results. Both are effective in treating the symptoms of venous disease, so it’s up to you and your doctor to determine which one is right for you.

For this procedure, a thin catheter that emits radio waves is inserted into the affected vein. The radio waves heat specific areas of the vein, causing it to close. Once the catheter is removed, the healing process begins almost immediately. The sealed vein is reabsorbed into the body and the blood supply is rerouted to healthier veins.

Radiofrequency ablation is often used to treat the great saphenous vein, the small saphenous vein, and other connecting veins. This procedure is highly effective and works well in approximately 97-100% of people who have it. The recovery time is generally faster than in traditional vein surgery, with similarly powerful results.

This procedure begins like the first, with catheter insertion into the damaged vein. This catheter, however, contains a laser that heats the vein and causes it to close. After about 30-60 minutes, the catheter is removed and healing begins. The sealed vein is reabsorbed into the body and blood flow is directed to other veins.

Laser ablation is ideal for patients who have large, symptomatic varicose veins. Like radiofrequency ablation, it is often used for incompetent saphenous veins and some perforator veins. This treatment is especially effective in alleviating the symptoms of venous insufficiency and reducing the risk of blood clots. While the results of laser ablation are generally similar to those of radiofrequency ablation, there may be a bit more bruising after this procedure.

As alternatives to vein stripping, both radiofrequency and laser ablation are effective treatment options. They are both classified as thermal ablation techniques, meaning they use heat to seal incompetent veins from the inside. The removal of damaged veins alleviates the symptoms of venous disease by decreasing the pressure put on the surrounding area.

The difference between these two procedures is primarily in the type of energy source used, which is either radio waves or lasers. While laser ablation may result in more bruising after treatment, both options are relatively painless and require minimal recovery time.

To learn more about radiofrequency and laser ablation as a treatment for varicose veins, make an appointment with a vein specialist today. Your doctor will help you weigh the benefits of each option, and help determine which treatment is right for you.