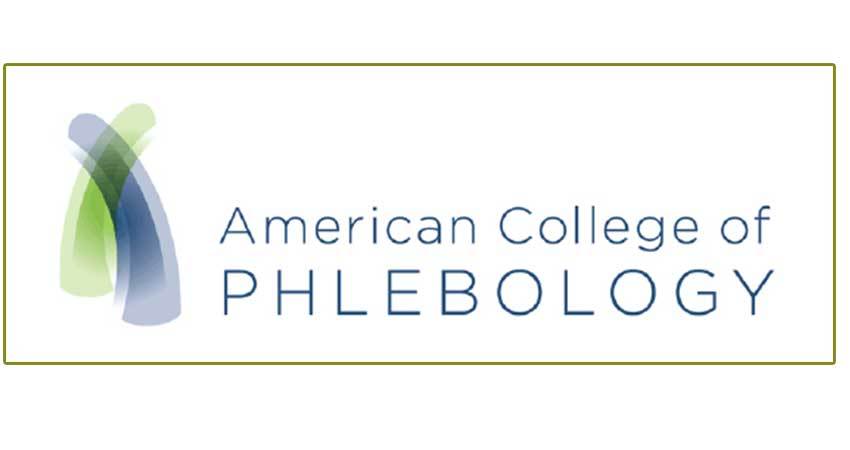 By Robert C. Kiser, DO, MSPH

Phlebology is a rapidly advancing branch of medicine. It has been Just over 10 years that thermal closure techniques such as radiofrequency and laser ablation were invented, and now they are the standard of care for ablation of superficial venous insufficiency. Thermal closure is extremely effective and safe. It is far less time consuming and has much less down time and associated expense compared with ligation and stripping. Thermal closure has much more reproducible results and is also much more consistently effective in the long term as compared to sclerotherapy alone. However, endovenous thermal closure does have its own requirements, such as disposable catheters, laser fibers, and because it uses heat within the vein it requires the use of tumescent anesthesia around the vein to act as a heat-sink. For the phlebologist, requirements add expense and time to the procedure. For the patient, the more body is penetrated with needles, infused with fluids, or otherwise invaded, the less comfortable the procedure. Newer phlebology treatments focus on providing highly effective treatment methods (>90% success over multiple years) with less bodily invasion, less time and fewer or equal risks.

Cyanoacrylate has been used in medicine for many years, primarily to close skin wounds. It also has been used to close arterio-venous malformations, incompetent ovarian veins and duodenal varicose veins. Cyanoacrylate for saphenous vein closure is not yet available in the United States, although phase 3 trials are underway in the US and the UK. The technique is as follows: A long glue-installation catheter is placed within the vein, much as one would place a thermal catheter. Glue is injected under ultrasound-guidance, starting at 5cm from the saphenofemoral junction. The ultrasound probe compresses the glued vein for 3 minutes. The remaining length of incompetent vein is then glued in a proximal to distal fashion. The effect is a sort of “spot welding” of the vein. The cyanoacrylate causes an acute inflammatory reaction, at the endothelium, that results in fibrotic closure of the vein.

I had the good fortune to speak with Tristan Lane, surgeon and clinical research fellow at the ImperialCollege, London. Mr. Lane has had the experience of performing more than 100 of these procedures during phase 3 trials. He states he has seen no embolization of glue, no skin pigmentation, no DVT or PE. He did report one case of asymptomatic thrombus extension, which did not recur after changing the starting placement from 3cm to 5cm from the SFJ. A similar threadlike thrombus extension was noted after Jose Almeida’s series of 38 patients which also resolved spontaneously and asymptomatically.

The major difficulties to consider when using cyanoacrylate intravascularly are the control of viscosity and curing time. If the mixture is not viscous enough, or takes too long to cure, then the glue can migrate to unwanted areas. If the glue cures too quickly then the delivery catheter can become adhered to the vessel walls. The delivery system includes an especially mixed, proprietary blend of cyanoacrylate with additives that affect polymerization. The glue, along with the delivery catheter is made and distributed in a disposable kit by Sapheon, Inc. The entire process is carried out through a single incision, with no tumescent, only a single dot of anesthesia, and no machinery required save for the ultrasound machine. Post-operative care does not mandate compression for this technique.

A New Twist on an Old Therapy: Clarivein Sclerotherapy.

Sclerotherapy for varicose veins has been around for several hundred years. The method has been refined and evolved by many individuals and “schools” of sclerotherapeutic technique. Currently the most widely used and FDA-approved sclerosants are sodium tetradecyl sulfate and polidocanol. These being detergent sclerosants, they are frequently used as a foamed preparation to displace intraluminal blood and increase contact time with the vein wall, thus improving fibrous closure and reducing the amount of retained blood. In the best of hands, sclerotherapy can produce excellent results that yield short and even long-term closure. However, the percentage of veins that reopen some years after sclerotherapy is estimated to be as high as 40% in some studies. This is in likely due to varying techniques, which can lead to inadequate destruction of endothelium and subsequent, inadequate fibrotic closure. Clarivein uses both chemical sclerosant (generally sodium tetradecyl sulfate in the United States) and mechanical agitation of the vein wall. The device is inserted into the vein to be treated (great or small saphenous vein or other straight vein), and positioned below the saphenofemoral junction. The catheter has a thin stainless steel mechanical agitator that runs the length of the catheter to a motor at the hub. An infusion port connects to the lumen surrounding the agitator, and allows the instillation of a sclerosant. Once the agitator is deployed and the motor engaged, the agitator oscillates at 3,500 repetitions per minute in a to-fro motion. This traumatizes the endothelium and causes the vein to spasm. At the same time, the infused sclerosant travels to the tip of the agitator, contacting the traumatized endothelium. This allows for more effective sclerosis of the vein and more robust fibrosis of the lumen.

Because no heat is used, no tumescent anesthesia is needed. Once again, the entire procedure can be done through one small incision, requiring only a dot of anesthesia. Compression is recommended after the procedure, using either compression stocking or bandaging. This is because, unlike the glue method, sclerotherapy does not obstruct the proximal point of reflux, but rather induces an immediate spasm, which then relaxes and allows the admittance of blood into the lumen. Compression is used to reduce the amount of retained blood, which improves the ability of the vein lumen to fibrose and eventually become a fibrous cord.