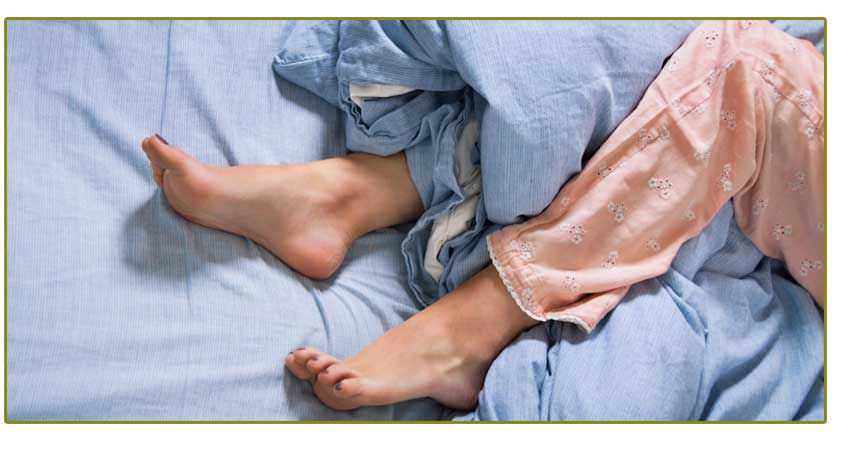 Restless Leg Syndrome (RLS): What you Need to Know

Restless legs syndrome (RLS) is a condition in which your legs feel extremely uncomfortable, typically in the evenings while you're sitting or lying down. It makes you feel like getting up and moving around. RLS can begin at any age and generally worsens as you age. Restless legs syndrome can disrupt sleep — leading to daytime drowsiness — and make traveling difficult. Moving the legs reduces and may relieve the discomfort. The constant need to move the legs disturbs sleep and can lead to impairment of function in daily life.

Restless legs syndrome affects approximately 10 percent of adults in the United States. RLS may begin at any age, including childhood, and affects approximately twice as many women as men. 80% of those affected by RLS also experience Periodic Limb Movement Disorder (PLMD) during sleep, in which the patient has brief "jerks" of the legs or arms while sleeping.

PLMD causes you to involuntarily flex and extend your legs while sleeping — without being aware you're doing it. Hundreds of these twitching or kicking movements may occur throughout the night. If you have severe RLS, these involuntary kicking movements may also occur while you're awake. PLMD is common in older adults; 4 out of 5 people with RLS also experience PLMD.

Treating the cause, not just the symptoms

Given the results of the recent studies, it is recommended that, before patients start taking prescription medication for restless leg syndrome, they request a consult by a qualified vein specialist who can perform ultrasound evaluation to identify whether there is significant underlying venous insufficiency which may be causing or contributing to their problem. There is no downside to getting an ultrasound - there is no radiation involved, no needles, no pain, and it is a physiologic test which reveals which veins are leaking and how much they are leaking. Venous ultrasound for insufficiency is conservative, noninvasive, and it accurately identifies which patients are most likely to benefit from treatment.