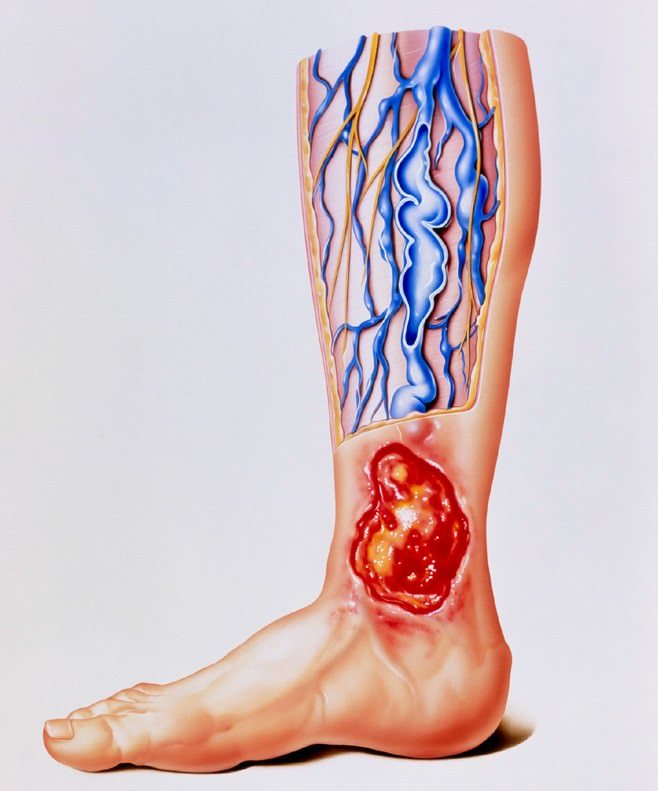 Sklerosis: from the Greek, a hardening or induration of a tissue or part.

Therapeia: from the Greek, treatment of disease or disorder as by some remedial or restorative process

Sclerotherapy is a somewhat broad-based term to describe the medical technique of introducing medication into a vein for the purpose of shutting down and eliminating it. Typically this is done to alleviate concomitant symptoms, such as pain, heaviness, aching, cramps, itching or burning, or alternately purely for cosmetic purposes. Sometimes referred to as injection sclerotherapy or compression sclerotherapy, this technique was originally developed for the treatment of varicose veins but later evolved into the treatment of choice for "spider veins " or telangiectasia. More recently the value of this technique in the treatment of the larger varicose veins has been recognized anew.

While varicose veins have almost certainly existed since man initially stood up, the first historical documentation thereof dates to the writings on papyrus scrolls by the ancient physician Ebers in the year 1550 BC. Since that time several major discoveries or inventions have led to the many refinements that bring us to the present day techniques.

Certainly, sclerotherapy has at times been used as an alternative to surgery which was initially very primitive and later simply not as effective as one would have hoped. Presently, sclerotherapy and surgery coexist as complimentary modes of treating the total vein problem.

The first documented treatment of venous disease was found in the historical annals around 400 BC in the form of offerings to the gods as supplication seeking relief. Hippocrates, around 460 BC, wrote of introducing "a slender instrument of iron" through multiple punctures into the veins to induce thrombosis. This concept of inserting a foreign substance into the vein was most likely the precursor to sclerotherapy itself.

Great things evolved from these unlikely beginnings. Events that changed the procedure dramatically include the first injection of distilled plantain water via an enema syringe into a branch of the crural vein by Sigismund Eisholtz in the mid-1600's.

The introduction of a lachrymal syringe by Anel in 1713 led to the development of the hypodermic syringe by Rynd in 1845 and its subsequent modification by Pravaz. At this point experimentation with many varied types of medication resulted, including absolute alcohol (1840), ferric chloride (1851), iodine (1906), mercury (1920), sodium morrhuate (1930), sodium tetradecyl sulfate (1946), polidocanol (1966).

Compression therapy was recognized early on as an important adjunct starting first with Hippocrates, then the use of leather straps by Roman soldiers, plaster bandages and ultimately the mechanically-engineered graduated-pressure compression stockings of today.

The 1970's saw the refinement of ultrasound as a medical tool that gave rise to applications in the treatment of venous disease. The use of duplex ultrasound in conjunction with the development of thick foam-like medications (some now the consistency of toothpaste) allowed the skilled physician to place by injection, with great precision, measured doses of sclerosant medications directly into the incompetent or refluxing vein.

Sclerotherapy has, in many ways, evolved enormously yet in other ways has changed little. Today it is unquestionably the treatment of choice for "spider veins" in the legs. It is also used to treat veins in the face, arms, back, breasts and other areas. And recently, the use of ultrasound and foam has opened up fantastic possibilities in the treatment of varicose veins, perforator veins and in some cases even the great saphenous vein.