Superficial Venous Thrombophlebitis (SVT): To Refer or Not to Refer? 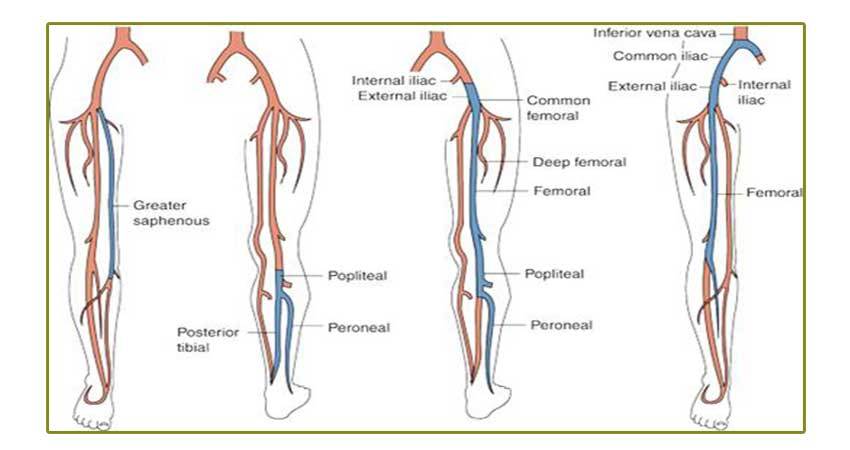 LM, a 78 year old female was seen in the emergency room with leg pain and localized swelling in the calf. Patient had no significant past medical history except for varicose veins. No history of prior leg clots or family history of clotting disorders. Physical exam showed a tender, reddened, indurated area over the lower thigh and medial calf. Patient was sent home with NSAIDS and supportive measures. Ultrasound of the left leg showed superficial thrombophlebitis involving the superficial calf veins and the great saphenous vein.

Patient presented for further evaluation and her pain and redness had improved with mild residual induration. Ultrasound in the office showed extension of great saphenous venous thrombus into the common femoral vein.

Superficial Thrombophlebitis (SVT) refers to a clot in a superficial vein associated with surrounding inflammation. The usual clinical presentation is pain. tenderness, induration or erythema along a superficial vein. It is usually treated with NSAIDS (Ibuprofen, etc), compression stockings and warm compresses.

Although SVT is less studied than deep venous thrombosis (DVT), it is seen more commonly in the general population. Incidence of SVT is about 3-11%, compared to DVT which is about 1%. It may involve the great saphenous vein in 2/3 of the patients.

It is generally considered a benign, self limited disorder; but it may be complicated by extension of thrombus in the deep venous system. A recent prospective study of 844 patients with SVT > 5cm, 4% had symptomatic PE and ultrasound found proximal DVT in 10% and distal DVT in an exam was recommended in these patients with SVT above the knee.

The aim of treatment is not only to relieve

But the role of anticoagulation is controversial. Most studies have been small and have shown benefit over placebo, but the evidence was of low quality. The CALISTO Study (Comparison of Arixtra in Lower Limb Superficial Thrombophlebitis with Placebo) was recently published which showed benefit of Fondaparinux(Arixtra 2.5mg/d for 45 days) over placebo in 3,000 patients with lower limb SVT > 5cm, with lowered incidence of venous thromboembolism, recurrent SVT, and extension of SVT.

Based on these studies, the American College of Chest Physicians have also issued new guidelines in February 2012 and have recommended anticoagulation for patients with SVT who are at increased risk for venous thromboembolism (SVT>5cm, proximity to deep veins <5cm, positive medical risk factors). Positive medical risk factors include prior clots, cancer, surgery, thrombophilia, estrogen therapy or prolonged travel. Fondaparinux 2.5mg daily or enoxaparin 40 mg daily for a period of 4 weeks is recommended. If DVT is present, patient should be fully anticoagulated.

Ligation of great or small saphenous vein may be considered in patients in whom anticoagulation is contraindicated. Otherwise surgery for SVT was found to be associated with a higher risk for thromboembolism. Patient with isolated SVT and no associated risk factors may be diagnosed by physical exam and treated with NSAIDS, compression stockings and ambulation. Repeat physical exam should be done in 7-10 days to evaluate for extension or resolution.

Duplex Ultrasound should be done in patients with SVT >5cm, involvement of GSV or SSV, presence of phlebitis above the knee, or extension of phlebitis on serial exam. In summary, new data from recent studies and guidelines from ACCP have clarified the role of anticoagulation in SVT. SVT should not be regarded as a benign disorder and further evaluation and anticoagulation should be considered in patients high risk for thromboembolism. SVT may also be a marker for thrombophilia or other conditions like malignancy and therefore recurrent SVT should prompt further detailed assessment and evaluation.