Is Vaping Harming Your Veins? 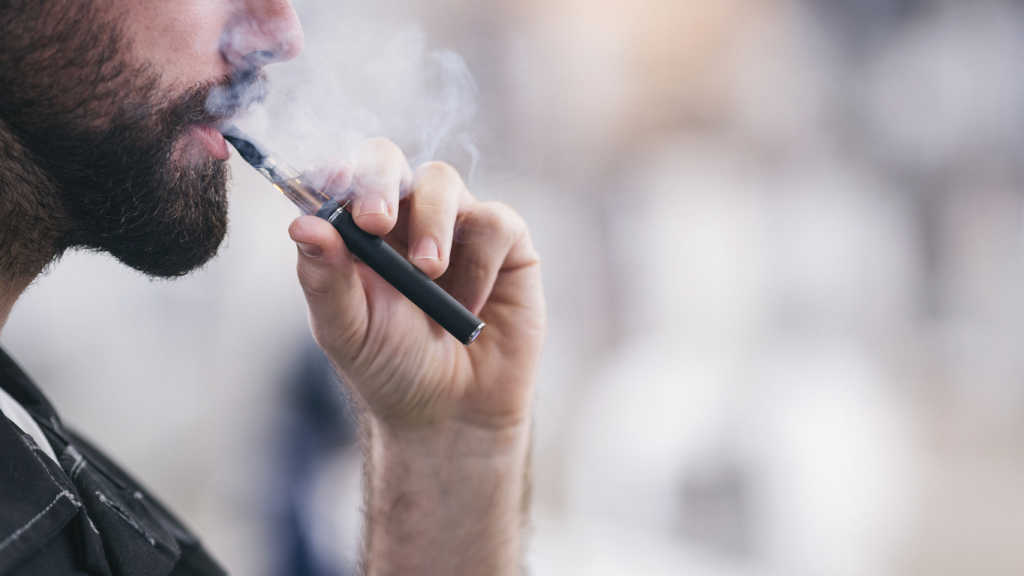 A recent study suggests e-cigarettes could be just as harmful to your veins as regular cigarettes.

Since its widespread introduction in 2007, vaping has steadily risen in popularity, especially among teens. The Centers for Disease Control and Prevention (CDC) estimated 1.5 million more high school and middle school students used e-cigarettes in 2018 when compared to the prior year.

Instead of tobacco smoke, e-cigarettes emit a water vapor. E-cigarettes don’t contain tobacco, which may persuade young people they are safer than regular cigarettes. However, vaping products consist of propylene glycol or a vegetable glycerin-based liquid mixed with nicotine, flavorings, and other chemicals.

Those mysterious and potentially-harmful additives have led researchers to investigate whether vaping could be harmful to veins. One recent study indicated that e-cigarettes may slow blood flow in the blood vessels, potentially leading to venous disorders like varicose veins.

Research on Vaping and Veins

A study published in the journal Radiology in August 2019 analyzed the effects of e-cigarettes on 31 non-smoking adults. After clamping a cuff on the thigh of each participant to restrict blood flow in the femoral artery and vein in the leg, researchers from the Perelman School of Medicine at the University of Pennsylvania monitored the blood flow with an MRI. Once the cuff was removed, blood flow sped up to compensate for the temporary lack of oxygen and nutrients throughout the body. Within a minute, blood flow resumed its normal movement.

In the second part of the study, participants puffed on a nicotine-free e-cigarette and had the cuff attached to their thigh. The MRI showed that after vaping, the blood vessels failed to widen to accommodate a rush of blood. Specifically, after vaping, the participants’ blood vessels were 34 percent less dilated on average than before they smoked an e-cigarette. What’s more, accelerated blood flow decreased by 25.8 percent, and the amount of oxygen in the blood vessels declined by 20 percent.

A previous study suggested that when propylene glycol and glycerol are heated to a high degree, the chemicals set off a toxic response in the endothelium, or blood vessel lining. Anytime blood flow through the veins is slowed, it could lead to pooled blood that causes the vein walls to expand and form varicose veins on the legs.

The effect regular smoking has vein health is well-documented. Carbon monoxide and nicotine restrict blood movement in the veins, leading to clogged arteries in the leg. This recent study now suggests that e-cigarettes, even without nicotine, could also damage veins.

Yet researchers also noted the changes in blood flow were short-term, with subjects’ blood flow dropping back to previous levels within an hour. Because vaping is a relatively new trend, more research is needed to determine the long-term impact of vaping on vein health after many years of smoking e-cigarettes.

Taking Care of Your Veins

At the Center for Vein Restoration, our top priority is your vein health. If you have varicose veins or spider veins, we can remove them with a number of minimally invasive surgical procedures. We can also help you adjust your lifestyle to protect your vein health. Contact us for an appointment.