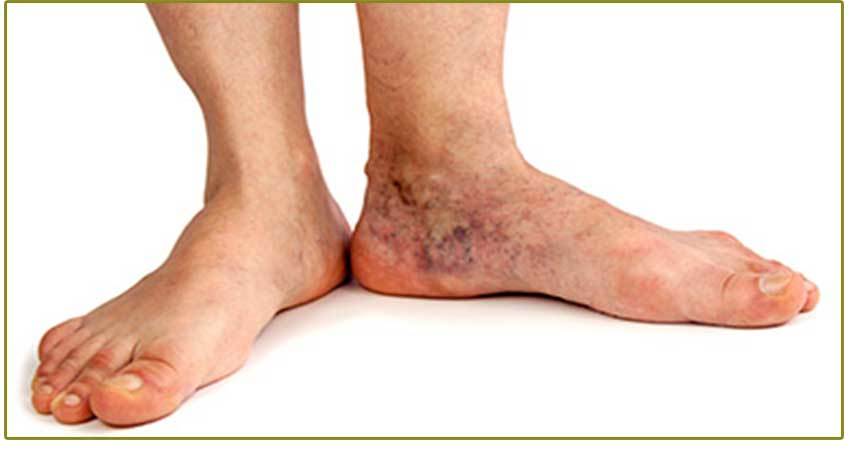 Venotonics can be useful before, during and after venous ablation and can be used in addition to compression. Each of the available compounds exert effects on noradrenergic receptors in the vein wall. This causes prolonged contraction of the vein, reducing the luminal diameter and hence reducing the volume of blood in the "varicose reservoir." Venotonics may exert their effect on larger veins, but some also have their effect at the microcirculatory level, helping to reduce the effects of chronic venous hypertension on capillary end organs, in particular, skin. This leads to a reduction in transcapillary movement of fluids and thus reduced edema.

Butcher's Broom Extract (BBE) appears to reduce the diameter of varicose veins in vitro. BBE is available in the United States without a prescription as an herbal supplement. It is hypothesized that the mechanism of action for BBE may be via increasing cyclic adenosine monophosphate (cAMP) levels within the veins. Because of its ability to increase vein tone, it may have some benefit as a treatment for orthostatic hypotension. Symptomatic improvement in heaviness, fatigue and altered sensations in patients taking butcher's broom of venous insufficiency is correlated with reduced volume of blood within the varicosities.

Horse chestnut seed extract (HCSE) has been used in traditional medicine as a treatment for varicose veins. In their 2002 systematic review of previous studies for the Cochrane Collaboration, Pittler and Ernst found that there was evidence, based on placebo controlled studies, that HCSE reduced the symptoms of venous insufficiency and that HSCSE is a reasonable short-term treatment for venous insufficiency. The mechanism of action of HCSE is believed to be via alteration of the transcapillary filtration in a manner favoring edema reduction.

There is one case report of a patient with renal angiomyolipoma (AML), a condition known to spontaneously rupture and bleed, who was taking HCSE. The patient experienced a potentially life-threatening rupture of her AML, and her emergency physician felt this was potentially a side effect of the patient's use of HCSE. It is not clear that HCSE has the anticoagulant effect the author claims.

Diosmin glycoside is a flavonoid occurring naturally in citrus plants and can also be derived from hesperidin, a constituent found primarily in oranges. Internationally it is available as a highly purified flavonoid fraction. In the United States it is available as a prescription medication (brand name Vasculera). The generic name for Vasculera is diosmiplex and it is a highly purified flavonoid fraction combined with Alka4-complex, an alkalinizing agent. The addition of the alkalinizing agent is thought to buffer stomach acid and blood pH and thereby combat metabolic acidosis within varicose veins.

Diosmiplex is classified as a "medical food." The classification of "medical foods" was established by the 1988 Orphan Drug Act and is defined as “a food which is formulated to be consumed or administered enterally under the supervision of a physician, and which is intended for the specific dietary management of a disease or condition for which distinctive nutritional requirements, based on recognized scientific principles, are established by medical evaluation.” (source: 21 U.S.C. sec. 360ee(b)(3). -- [from the Orphan Drug Act, 1988]). Because the constituents are derived from commonly eaten foods, the medicine is Generally Recognized as Safe (GRAS). The most common side effect of diosmin is dyspepsia, and this is likely another reason for the addition of the Alka4-complex to the product.

The medicine is currently FDA approved for chronic venous insufficiency presenting as hemorrhoids and varicose veins. For acute hemorrhoids, diosmiplex is given three times a day for 4 days and twice daily for 9 days. For varicose veins, edema, stasis dermatitis and venous ulcers, diosmiplex is given once daily as a 630mg dose (600mg of diosmin is combined with 30mg of alka4-complex in each tablet). Although improvement may occur within the first week of treatment, 4-8 weeks may be necessary to see clinical improvement. The mechanism of action for diosmiplex is at several areas of the pathophysiology of venous insufficiency, varicose veins, venous hypertension and the microscopic pathways that lead to the skin changes associated with venous disease.

The alka4-complex is used to address the acidosis in the microvasculature. Diosmin itself helps to decrease lymphatic and capillary permeability and improve reabsorption of fluid, decreasing interstitial fluid and hence edema. Reduction of capillary permeability and inflammation in turn may also decrease healing time for ulcers. Additionally, Diosmin has been shown to affect the metabolism of norepinephrine and prolong the contraction of varicose veins. In one study diosmin was shown to improve clinical signs, quality of life, and CEAP stage in 65 of 80 test subjects with venous insufficiency during a 30-day trial. In vitro, diosmin appears to have antioxidant, anti-inflammatory and antiproliferative effects.

There has been one case report of a patient who was on diosmin (an over-the-counter formulation) for several years and who was subsequently placed on warfarin. Six weeks after initiation of the warfarin, the patient developed a spontaneous interventricular bleed, which the attending physician felt might be related to the combined use of diosmin plus the addition of warfarin.

Medical Therapy as an Adjunct to Surgical Correction

Venous insufficiency is a chronic condition--and therefore medical management alone requires an indefinite period of continuous treatment to maintain improvement. The requirement of prolonged and indefinite medical treatment may be acceptable in some special populations, such as those whose health is frail, those who have deep venous reflux, those who have severe phobia or additional medical considerations contraindicating surgery. For most patients, venotonics can be a useful adjunct to more definite surgical ablation of incompetent veins.