What is Restless Leg Syndrome? | by Dr. Carabasi 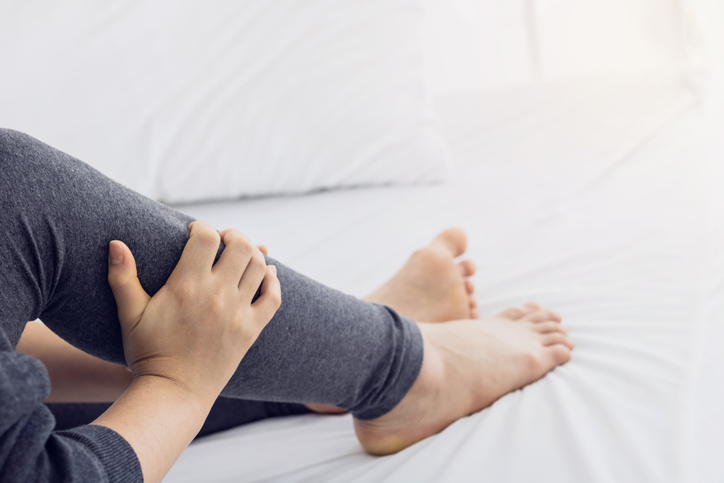 Restless leg syndrome or RLS is a neurological disorder that affects many adults and even some children in the U.S. The condition is characterized by an uncomfortable sensation and an almost irresistible urge to move the legs. Movement tends to relieve the discomfort, but must be repeated for an extended period of time to maintain the relief. Because RLS often occurs at night when a person is trying to sleep, it is also considered a sleep disorder by some healthcare professionals.

RLS affects approximately 10 percent of all adults and tends to occur more often in women than men. Another five percent of the population likely suffers from a milder form of the condition. While RLS tends to occur and worsen in severity in the middle to later years of life, it is not unheard of for children to develop the condition as well. Unfortunately, children tend to have more difficulty describing the symptoms and are often misdiagnosed with growing pains or another malady.

Other factors that can increase the incidence of RLS include a family history, particularly for those that develop the condition at a younger age. RLS also frequently occurs during the final three months of pregnancy. However, women that suffer from the condition during pregnancy often see the symptoms disappear on their own within a few months after their baby is born.

The symptoms of RLS can be somewhat different for each person. Because they are unlike any other type of sensation or discomfort, they can also be rather difficult to describe. Some refer to the sensations in the legs as “bugs crawling,” “creepy crawly sensations” or a tugging or pulling feeling. Other symptoms of RLS include:

-An uncontrollable urge to move the legs
-Difficulty falling asleep or staying asleep because of the uncomfortable sensations
-Uncontrollable leg jerking or movements while asleep
-Unexplainable sleepiness during the day
-Symptoms often occur at night, rather than during the day
-Movement relieves the symptoms, while inactivity makes them worse

In addition to the daily symptoms of RLS, the disorder can have a profound impact on the rest of your life. For example, the sleep deprivation suffered due to the uncomfortable sensations can lead to daytime drowsiness and difficulty concentrating. You may also be less able to handle stress and conflict throughout the day due to your lack of sleep. People with RLS often complain that their personal relationships and professional lives are negatively affected by their constant fatigue.

RLS can be either primary or secondary in nature. People diagnosed with primary RLS do not have any other medical conditions or reasons why the condition is occurring. Primary RLS is often attributed to a neurological disorder and may last a lifetime. Symptoms tend to get worse over time, but there are treatment options that can help patients manage the condition and enjoy a higher quality of life.

Secondary RLS is caused by other factors, usually another medical condition or even taking some types of medication. Medical conditions might include kidney failure, diabetes, Parkinson’s disease or rheumatoid arthritis. Iron deficiencies and nerve injuries, known as peripheral neuropathy, can also lead to RLS. Medications that might bring on the symptoms of RLS include anti-seizure medications, beta-blockers, antidepressants and some types of allergy medications.

In the case of secondary RLS, treatment of the underlying medical condition or switching medication is often an effective way to reverse the disorder. Another possible contributing factor is a venous disorder known as venous insufficiency, which also leads to the formation of varicose veins. If both of these conditions exist simultaneously, treatment for the vein disorder often relieves the symptoms of RLS as well.

RLS is generally diagnosed with a thorough assessment of the patient’s symptoms. This will likely include a physical examination, medical history and other tests as needed. In addition to diagnosing RLS, your physician will want to rule out other conditions that could be causing the restless leg symptoms, such as kidney failure or diabetes.

Once RLS is diagnosed and it is determined whether the condition is primary or secondary, treatment can be recommended. Treatment options might include:

-Lifestyle changes – triggers for the RLS are identified and lifestyle habits are changed accordingly to avoid those triggers
-Daily exercise – for some patients, daily activity helps to reduce the symptoms of RLS
-Activities that bring relief – some patients find hot baths, stretching, relaxation techniques or massage help to relieve the symptoms
-Medication – some types of medications, including sedatives, pain medications or prescription drugs used to treat Parkinson’s disease help to relieve RLS discomfort and allow sufferers to rest more effectively

While the specific cause and effect is not known, there is a high incidence of RLS and varicose veins occurring together. In fact, research published in the journal Dermatologic Survey found that 22 percent of patients with RLS also suffered from venous insufficiency, the underlying vein disorder that often leads to the formation of varicose veins.

Venous insufficiency occurs when small valves inside the veins wear out or become damaged. Or due to various reasons (overweight, hormones, pregnancy) veins will become dilated and the valves no longer meet without a “gap” through which blood “refluxes” backward. Because these valves are responsible for keeping blood moving in a uniform direction to the heart, when they become damaged or veins dilate, blood can begin to pool inside the vessel. This pooling leads to swelling, weakening of the vessel and eventual varicosity. The problem is most frequently seen in the veins of the lower legs because these are the vessels that are most likely to become damaged over time.