What is the difference between DVT and EHIT? 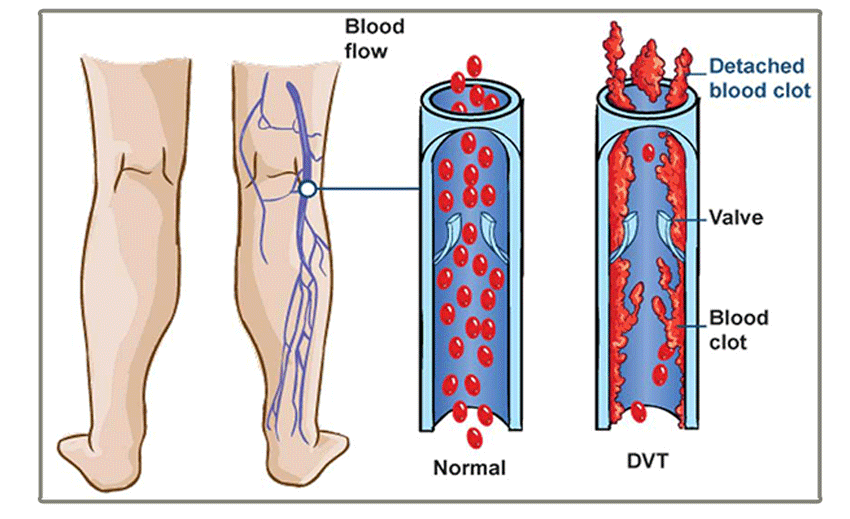 What is the difference between DVT and EHIT?

Endovenous thermal ablation is an accepted method of treatment for superficial vein reflux with a relatively low incidence of procedure-related complications. Deep venous thrombosis (DVT) is the formation of a thrombus within the deep venous system and is a recognized complication associated with less than 1% of endovenous ablation procedures. Endovenous heat induced thrombus (EHIT) is and expected result of endovenous ablation of an incompetent superficial vein. During the thermal ablation, the endothelial lining of the vein is damaged, thus causing an inflammatory reaction. Thrombotic occlusion subsequently occurs, which then leads to fibrosis and effective closure within the superficial venous system. In less than 0.5% of endovenous ablation procedures, the thrombus produced propagates in close proximity to or extends into the deep venous system and the EHIT is then classified according to the thrombus extension. The classification for EHIT propagation within a superficial vein to a deep vein is as follows:

Class I: Venous thrombosis to superficial deep junction (SFJ of SPJ), but not extending into deep system.

Class II: Non-occlusive venous thrombosis, with an extension into deep system of a cross sectional area less than 50%.

Class III: Non-occlusive venous thrombosis, with an extension into deep system of a cross sectional area greater than 50%.

All patients at Center for Vein Restoration undergo routine duplex imaging within 2-7 days post endovenous ablation procedure. If EHIT I or II is identified, serial duplex imaging weekly with observation will be performed until thrombus regression into superficial vein is noted. Antiplatelet therapy may be initiated, with Plavix most probable in case of EHIT II. If EHIT III or IV is identified on duplex scan, low molecular weight heparin (LMWH) is initiated and continued, along with weekly duplex imaging and evaluation, until thrombus regression to EHIT I or complete resolution. The potential for further thrombus propagation after the initial post procedure documentation of EHIT is low. In most patients, the thrombus usually remains stable initially and regresses or completely resolves within 10-14 days. Larger superficial vein diameters, concomitant multiple phlebectomy and thermal tip position appear to be associated with EHIT propagation, but further investigation of risk factors continues.

EHIT appears to behave differently than a spontaneous occurring deep vein thrombus (DVT) and may be an ultrasound finding without clinical significance. However, Center for Vein Restoration, all patients presently undergo post endovenous ablation procedure duplex imaging within 2-7 days per protocol to identify an EHIT or DVT potentially requiring observation or intervention.