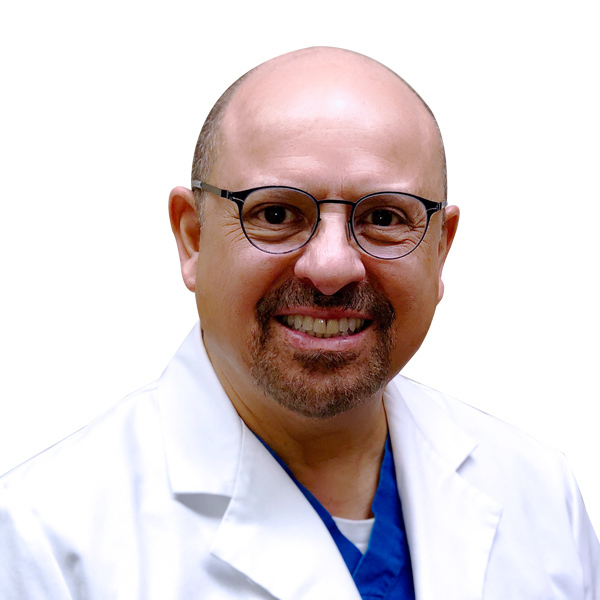 Get to Know Dr. Illescas

Dr. Illescas is Board Certified in diagnostic radiology with subspecialty certification in vascular and interventional radiology. Born in Lima, Peru, Dr. Illescas earned his medical degree from McGill University School of Medicine in Montreal, Quebec.

Before joining CVR, he served as attending vascular and interventional radiologist with Jefferson Radiology, P.C. and Hartford Hospital in Hartford, Connecticut. Of note, he served as Medical Director of The Vein Center of Jefferson Radiology in Farmington, Connecticut. In addition to these appointments, Dr. Illescas served as assistant clinical professor and staff radiologist with the University of Connecticut School of Medicine. Earlier in his career, Dr. Illescas served as assistant professor and associate radiologist at Montreal General Hospital and McGill University School of Medicine, as well as assistant professor and attending radiologist at Duke University Medical Center in Durham, North Carolina. Dr. Illescas is a member of the American College of Radiology, the American Roentgen Ray Society, the Radiologic Society of North America, the Society of Interventional Radiology, the American Vein and Lymphatic Soceity, and the Royal College of Physicians and Surgeons of Canada.

“I am interested in venous disease because of the exciting advances that have recently occurred. The new scientific research and the development of non-surgical techniques for venous disease treatment have brought about a renaissance of interest in this field. As an interventional radiologist I can beneficially translate these advances to the successful treatment of venous disease.”

Dr. Illescas’ dedication to providing state-of-the-art treatments comes at an important time – 40 million Americans now suffer from vein disease. Though rapid advances in treatment of venous disease have greatly reduced the suffering from its painful symptoms, venous insufficiency remains largely under-diagnosed. “When new and successful methods of venous insufficiency treatment became available, I was asked to help develop a vein practice that eventually led to the establishment of a vein center within my radiology practice. The more I learned about venous disease and how the disease could be successfully treated, the more excited I became. As a result of the growth of my professional interest in this field, I have chosen to devote my practice to full-time treatment of venous insufficiency.”

Dr. Illescas describes his personal work in the field of venous insufficiency and areas where he has a particular focus: “My specialty within the field of venous insufficiency is the treatment of a subgroup of patients who have poorly responded to previous surgical or ablative venous disease treatment. These patients have complex venous anatomy often requiring advanced radiological studies. As an interventional radiologist, my analysis of the detailed information from these studies allows me to plan focused and individualized treatment for optimal results.”