Celebrities Are Not Immune to the Dangers of DVT

Hollywood superstar Dwayne “The Rock” Johnson revealed in 2020 that his father, former wrestler Rocky Johnson, died of deep vein thrombosis (DVT) after a short battle with a cold and infection. In an emotional Instagram post, the younger Johnson explained that the blood clot in his father’s leg “broke free, traveled up his body, and went right to his lung and clotted his lung and he died very quickly from a massive heart attack, just like that."

Using his vast platform to warn others about the speed with which DVT can be fatal, The Rock wrote, "Dad, I wish I had one more shot to tell you I love you before you crossed over to the other side. But you were ripped away from me so fast without warning. Gone in an instant and no coming back.”

DVT by the Numbers

According to the Centers for Disease Control and Prevention (CDC), approximately 900,000 people are affected by DVT, of which 60,000 to 100,000 Americans die each year. For roughly 25 percent of these victims, the first symptom of pulmonary embolism (PE) is sudden death. One-third to one-half of DVT survivors live with long-term complications, known as post-thrombotic syndrome. Symptoms of post-thrombotic syndrome include leg pain, swelling, skin discoloration, and scaling.1

The CDC warns that approximately one-third of those who suffer a DVT will experience another such clot within ten years and that 5 to 8 percent of the US population has at least one of the genetic risk factors known to increase the risk for thrombosis.1

DVT is a blood clot that forms within a deep vein in the body, mainly in the lower leg, thigh, and pelvis, blocking blood flow through the vein. While the DVT itself is not life-threatening, the blood clot can break free and circulate through the bloodstream and become lodged in the lungs (PE), as was the case with The Rock’s father.

Usually occurring in the leg, pelvis, or thigh, symptoms of DVT include:

Celebrities Past and Present Who Have Been Affected by DVT

The Rock is far from the only celebrity to be touched by the shocking speed with which people can succumb to this condition. Fame nor riches can prevent DVT; only awareness, early diagnosis, and prompt treatment can.

The following are just a small selection of the rich and famous DVT has impacted.

The tennis legend is open about suffering from chronic, life-threatening blood clots. In May 2018, the icon caused a stir with the French Tennis Federation when she stepped onto the court wearing a skin-tight compression “cat suit.” She wore the outfit as a preventative measure after suffering multiple blood clots following an emergency C-section and six weeks of bed rest. (Pregnancy and prolonged bed rest are two known risk factors for blood clots.)

Today, Serena is healthy and is committed to raising awareness about the signs and symptoms of vascular diseases.

The beloved stand-up comedian and actor died unexpectedly in 2016 at age 66 from a PE blood clot that an autopsy revealed most likely started as a DVT in his legs.

At age 51, the former first lady and secretary of state had a blood clot removed from her leg. She began taking blood-thinning medication to prevent future blood clots due to her frequent long-distance travel. According to the CDC, anyone traveling four more than four hours at a time is at risk of developing a DVT.2

The daytime TV and game show host had a history of blood clots, which he had surgically removed from his leg. He openly discussed his ongoing battle with chronic blood clots and complained about the pain it caused him when walking. Regis died heart attack in 2020 caused by coronary artery disease.

The gifted Mexican painter was best known for her colorful self-portraits and is instantly recognizable for her prominent eyebrows. She had experienced multiple accidents and injuries affecting her lower extremities and had many surgeries with prolonged hospital stays. She required assistance walking toward the end of her life and attended an exhibition lying on a bed a year before her death of a PE in 1954.

One of film’s best-known, best-loved actors, Jimmy was the personification of a down-to-earth everyman, and was the leading man in many of America's most iconic movies. He was also the first major American movie star to enlist in the Army during World War II. He died in 1997 of a heart attack caused by a PE that started as a thrombosis in his right leg shortly after a fall.

Stay Active. Lack of exercise is a leading contributor to poor circulation that could lead to DVT. Simple activities such as walking and biking engage the calf muscles, which, in turn, helps the veins pump blood.

Don’t Sit for Too Long. Whether you’re at your desk or all day or seated on a long plane flight, remember to get up often to stretch your legs. Regularly flex your ankles to ensure the blood keeps flowing. Staying hydrated, avoiding crossing your legs, and not wearing tight clothes can help while traveling.

Wear Compression Stockings. These snug elastic garments gently squeeze the leg veins to help increase blood flow, so blood doesn’t have a chance to pool in the vein. Wearing compression socks during a long plane or car ride or while at a job that requires long periods of standing or sitting reduces the chance of developing a DVT.

What to do if You Suspect a DVT

If you or someone you know experiences DVT symptoms, time is of the essence! Seek immediate medical attention for ultrasound diagnosis and treatment that could include blood thinners, clot-busting medications, filter placement, or compression stockings.

CVR offers emergency DVT rule-out appointments for those without access to immediate medical care or those concerned about the long lines and costs of an emergency room visit. 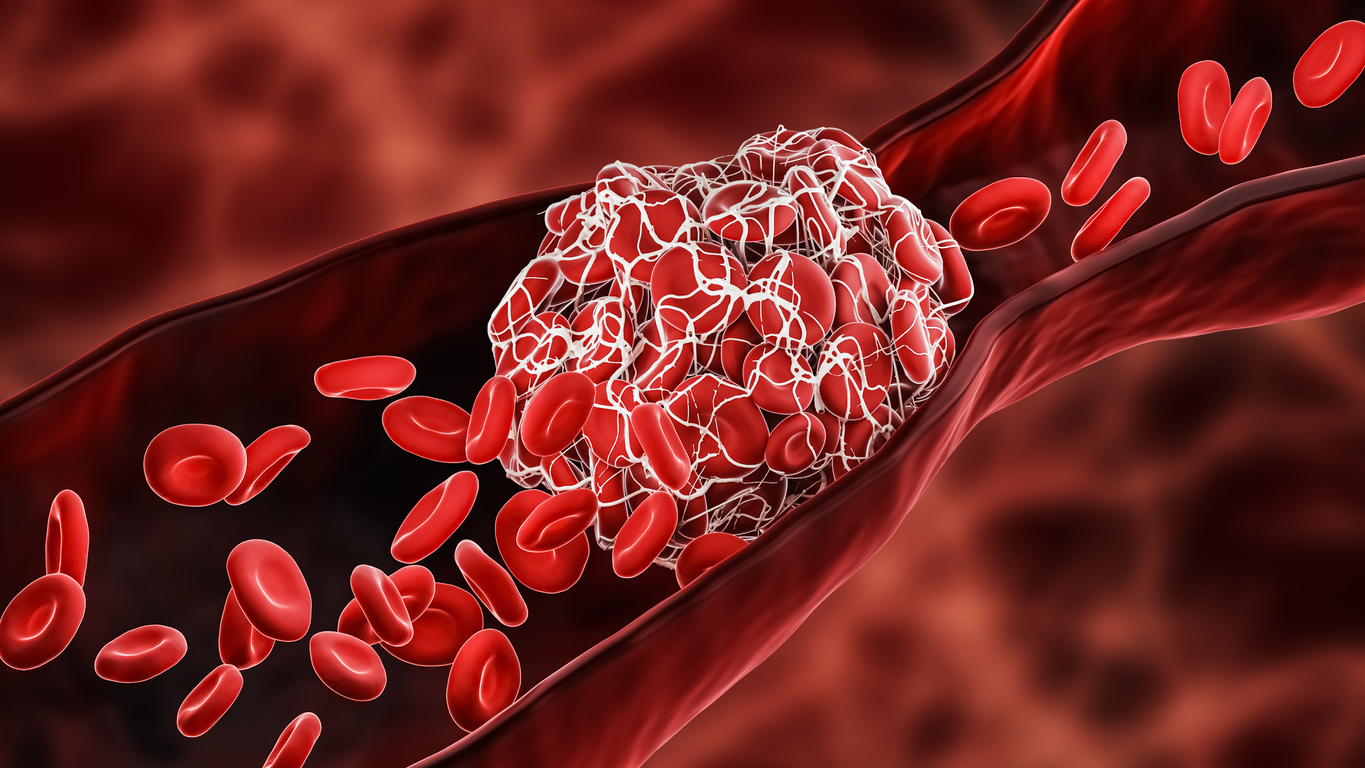 How To Check for DVT At Home

Deep Vein Thrombosis are a potentially life threating medical condition. Here are some of the symptoms of a DVT to be aware of and a quick test you can do at home. 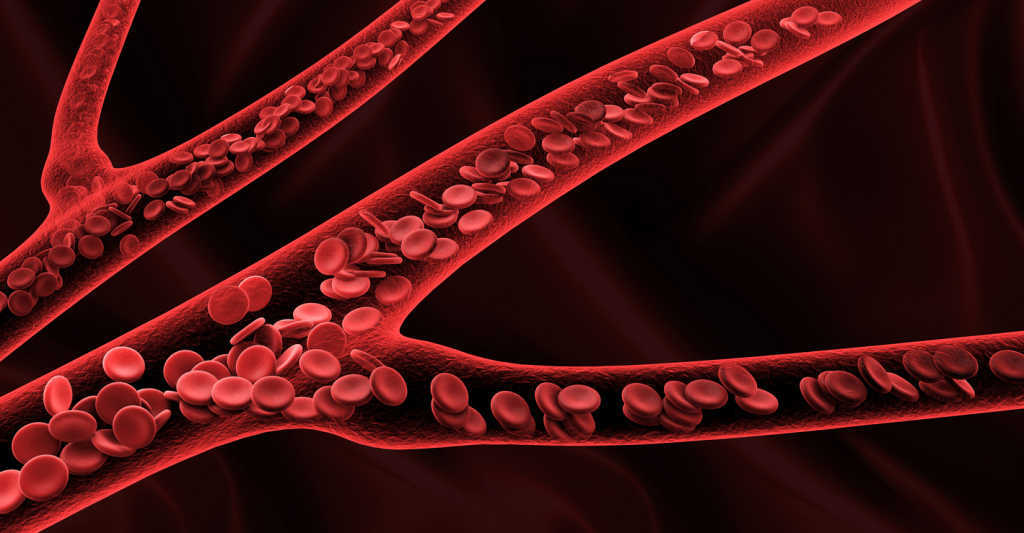 Dangerous blood clots form in the leg veins of over 2.5 million Americans each year. According to the American Heart